21 Again there was a day when the sons of God came to present themselves before the LORD, and Satan came also among them to present himself before the LORD. 2 And the LORD said unto Satan, From whence comest thou? And Satan answered the LORD, and said, From going to and fro in the earth, and from walking up and down in it. 3 And the LORD said unto Satan, Hast thou considered my servant Job, that there is none like him in the earth, a perfect and an upright man, one that feareth God, and escheweth evil? and still he holdeth fast his integrity, although thou movedst me against him, to destroy him without cause. 4 And Satan answered the LORD, and said, Skin for skin, yea, all that a man hath will he give for his life. 5 But put forth thine hand now, and touch his bone and his flesh, and he will curse thee to thy face. 6 And the LORD said unto Satan, Behold, he is in thine hand; but save his life. 7 So went Satan forth from the presence of the LORD, and smote Job with sore boils from the sole of his foot unto his crown. 8 And he took him a potsherd to scrape himself withal; and he sat down among the ashes. 9 Then said his wife unto him, Dost thou still retain thine integrity? curse God, and die. 10 But he said unto her, Thou speakest as one of the foolish women speaketh. What? shall we receive good at the hand of God, and shall we not receive evil? In all this did not Job sin with his lips. 11 Now when Job's three friends heard of all this evil that was come upon him, they came every one from his own place; Eliphaz the Temanite, and Bildad the Shuhite, and Zophar the Naamathite: for they had made an appointment together to come to mourn with him and to comfort him. 12 And when they lifted up their eyes afar off, and knew him not, they lifted up their voice, and wept; and they rent every one his mantle, and sprinkled dust upon their heads toward heaven. 13 So they sat down with him upon the ground seven days and seven nights, and none spake a word unto him: for they saw that his grief was very great.

31 After this opened Job his mouth, and cursed his day. 2 And Job spake, and said, 3 Let the day perish wherein I was born, and the night in which it was said, There is a man child conceived. 4 Let that day be darkness; let not God regard it from above, neither let the light shine upon it. 5 Let darkness and the shadow of death stain it; let a cloud dwell upon it; let the blackness of the day terrify it. 6 As for that night, let darkness seize upon it; let it not be joined unto the days of the year, let it not come into the number of the months. 7 Lo, let that night be solitary, let no joyful voice come therein. 8 Let them curse it that curse the day, who are ready to raise up their mourning. 9 Let the stars of the twilight thereof be dark; let it look for light, but have none; neither let it see the dawning of the day: 10 Because it shut not up the doors of my mother's womb, nor hid sorrow from mine eyes. 11 Why died I not from the womb? why did I not give up the ghost when I came out of the belly? 12 Why did the knees prevent me? or why the breasts that I should suck? 13 For now should I have lain still and been quiet, I should have slept: then had I been at rest, 14 With kings and counsellors of the earth, which build desolate places for themselves; 15 Or with princes that had gold, who filled their houses with silver: 16 Or as an hidden untimely birth I had not been; as infants which never saw light. 17 There the wicked cease from troubling; and there the weary be at rest. 18 There the prisoners rest together; they hear not the voice of the oppressor. 19 The small and great are there; and the servant is free from his master. 20 Wherefore is light given to him that is in misery, and life unto the bitter in soul; 21 Which long for death, but it cometh not; and dig for it more than for hid treasures; 22 Which rejoice exceedingly, and are glad, when they can find the grave? 23 Why is light given to a man whose way is hid, and whom God hath hedged in? 24 For my sighing cometh before I eat, and my roarings are poured out like the waters. 25 For the thing which I greatly feared is come upon me, and that which I was afraid of is come unto me. 26 I was not in safety, neither had I rest, neither was I quiet; yet trouble came.

41 Then Eliphaz the Temanite answered and said, 2 If we assay to commune with thee, wilt thou be grieved? but who can withhold himself from speaking? 3 Behold, thou hast instructed many, and thou hast strengthened the weak hands. 4 Thy words have upholden him that was falling, and thou hast strengthened the feeble knees. 5 But now it is come upon thee, and thou faintest; it toucheth thee, and thou art troubled. 6 Is not this thy fear, thy confidence, thy hope, and the uprightness of thy ways? 7 Remember, I pray thee, who ever perished, being innocent? or where were the righteous cut off? 8 Even as I have seen, they that plow iniquity, and sow wickedness, reap the same. 9 By the blast of God they perish, and by the breath of his nostrils are they consumed. 10 The roaring of the lion, and the voice of the fierce lion, and the teeth of the young lions, are broken. 11 The old lion perisheth for lack of prey, and the stout lion's whelps are scattered abroad. 12 Now a thing was secretly brought to me, and mine ear received a little thereof. 13 In thoughts from the visions of the night, when deep sleep falleth on men, 14 Fear came upon me, and trembling, which made all my bones to shake. 15 Then a spirit passed before my face; the hair of my flesh stood up: 16 It stood still, but I could not discern the form thereof: an image was before mine eyes, there was silence, and I heard a voice, saying, 17 Shall mortal man be more just than God? shall a man be more pure than his maker? 18 Behold, he put no trust in his servants; and his angels he charged with folly: 19 How much less in them that dwell in houses of clay, whose foundation is in the dust, which are crushed before the moth? 20 They are destroyed from morning to evening: they perish for ever without any regarding it. 21 Doth not their excellency which is in them go away? they die, even without wisdom. 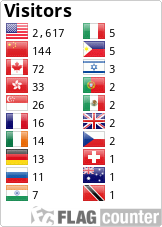